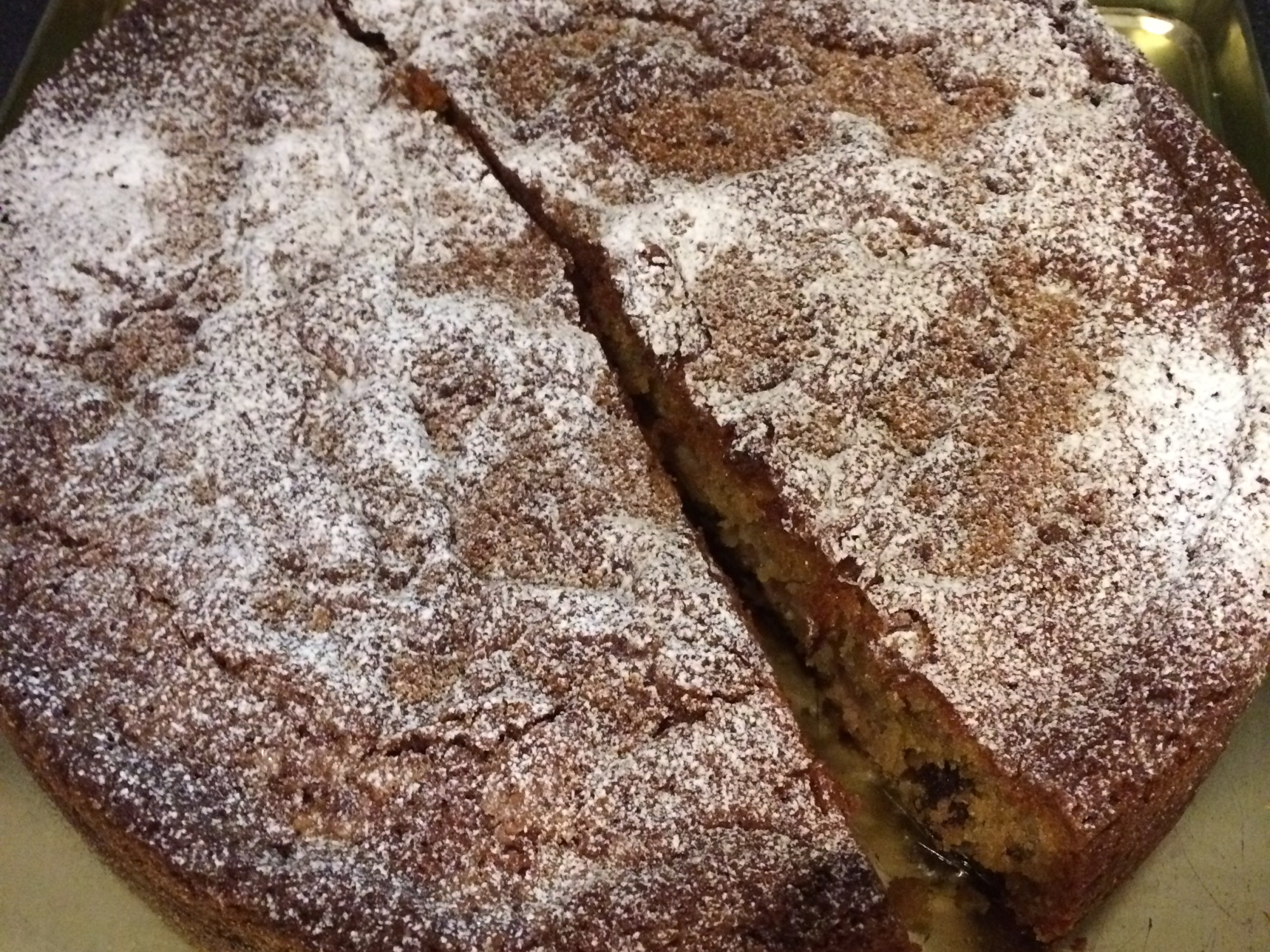 Last June my lovely friend Jenny posted on Facebook asking people to come and join a new community choir based at her kids’ school. Now, large rooms full of strangers are pretty much my worst nightmare (just add a drop of more than 3 feet to that and you’ll find me curled up in a corner), but it just so happens that I knew the school a little as D had a place there before we moved to Orpington and that made it slightly less scary. I had been thinking about joining a choir for a while, having always enjoyed singing, so I pulled myself together and went. I am so glad I did. It’s the first thing I have done since the boys came along that was just for me, something I wanted to do that had no purpose other than my own enjoyment, and it’s brilliant fun 🙂 Then an added element turned up – cake! People were baking for the tea break at rehearsals. This was perfect. I don’t have to bake for a particular occasion, I don’t have to make something that I know the kids will like, I can just bake a cake and take it along, knowing that at the very most I’ll only be left with a few slices I can easily polish off myself.

This week I took along a Mary Berry Apple and Cinnamon Cake from my trusty book that HO got me for Christmas. It is a blissfully easy cake to make, the usual Mary Berry all-in-one type, with a grated apple and cinnamon layer in the middle making it lovely and moist. The cake mixture itself is quite stiff though, so it can be tricky getting the top layer on without mixing up the grated apple in it. It’s a long bake too, as you’d expect for a fruit cake, over an hour, so it was a little tricky to fit in on choir day. Although the recipe didn’t say to, I mixed the grated apple and the cinnamon together before spreading them over the first layer, I just find it easier than sprinkling the cinnamon on top and it stops all the spice ending up in one place due to my clumsiness. I also left out the nuts.

The bake seemed to go well, D begged me to cut a tester slice and yummed it down, so that was a good sign. It transported well and there was only one other cake on offer that evening, though that did have the extra pizazz of the choir name written on the top in caramel. 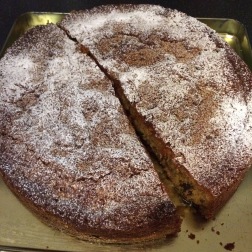 Ha ha! All gone 🙂 Think I’ll be making that one again!

Saturday night was movie and popcorn night at home and we decided to watch Olympus Has Fallen. It had been on telly during the week and I’d recorded it. I had vaguely heard of it with the sequel being in the cinema and I like a brainless film on a Saturday night. The White House gets attacked by terrorists bent on destroying America and take the president hostage. It was fairly bloody, lots of lingering shots of gore shooting out of bullet holes in people and suchlike. I had a few glasses of wine during this film and may not have been concentrating very hard, but that does not diminish what I can only describe as its ultimate shitness. Do not bother. Honestly, it was barely worth it. I quite like an action film, I’m not a massive movie snob, I like all sorts of movies, but this thing just took itself way too seriously. It also seems to have zero respect for its audience. Early in the movie, after a little prequel section prominently featuring the president’s family, the main character asks after “Connor” and the reply is “the president’s son? He misses his mom” as if we could have managed to forget that he is the president’s son in the minute and a half since he was last on screen. Also, the wife character is addressed as “babe” and appears to have no name. I don’t take kindly to that sort of thing. I saw a film with a very similar plot a few weeks ago (also recorded off telly) that was much more fun and included a terrifically ridiculous scene with gunfighting vehicles pulling doughnuts on the White House lawns. White House Down. Watch that one instead.

Now, you’ve probably never heard of Barbara Pym. Really, if you have let me know ( @keeps_me_busy ) because her books got new covers and intros a few years ago and a librarian to whom I will be forever grateful decided to feature them on a display shelf in the library last year. This was the first I had ever heard of her. They are little gems. Barbara Pym is the Jane Austen of mid-20th century suburban England. Her books focus on the manners and minutiae of domestic, academic and ecclesiastical life. She has a sharp sense of the ridiculous and a fondness for busybody characters who are a little too interested in the workings of other people’s lives. I think it is a great shame that she sank into relative obscurity and I hope that more people will discover her. I wondered if she had simply fallen from favour, but I asked my grandmother about her and she said “oh, Barbara Pym was never fashionable“, which I guess is not surprising as she seems to poke fun at the fashionable quite regularly.

No Fond Return of Love concerns unrequited love, unsuitable matches and infatuation. The main character, Dulcie, has just come out of a broken engagement to a man who it seems has turned around and told her that although she is very good for him, he doesn’t want to marry her after all. There must be something more exciting out there. Dulcie is considered old and spinsterish by contemporary standards at 31 and “doesn’t make much of herself”. She becomes fascinated by Aylwin Forbes, a married academic that she meets at a weekend conference and somehow maneuvers herself into a position of offering a room in her house to a woman, Viola, who has just ended an affair with him. Aylwin is estranged from his wife due to her discovering what has been going on and she moves back to her mothers house. Dulcie starts digging around and finds out that the mother lives near her in the suburbs and this fuels her interest to the point that she tries to find out all she can about Aylwin and convinces herself that she is in love with him. Aylwin, on the other hand, is becoming infatuated with Dulcie’s young niece Lauren who moves in to Dulcie’s house as she has a room free.

The joy of the book, however, is not really the plot, but the execution. The portrayal of a world in which women shouldn’t read too much because “[men] don’t like that”, of quiet domestic absurdities and of the hints of a rise of freedom that is glimpsed around the corner. Dulcie instinctively knows that this freedom is not going to be available to her, but that Lauren, only 10 years her junior, but a “generation” apart will get to enjoy. I have read several other Barbara Pym books from her first phase of writing, and I would thoroughly recommend them all. Please go and seek her out.