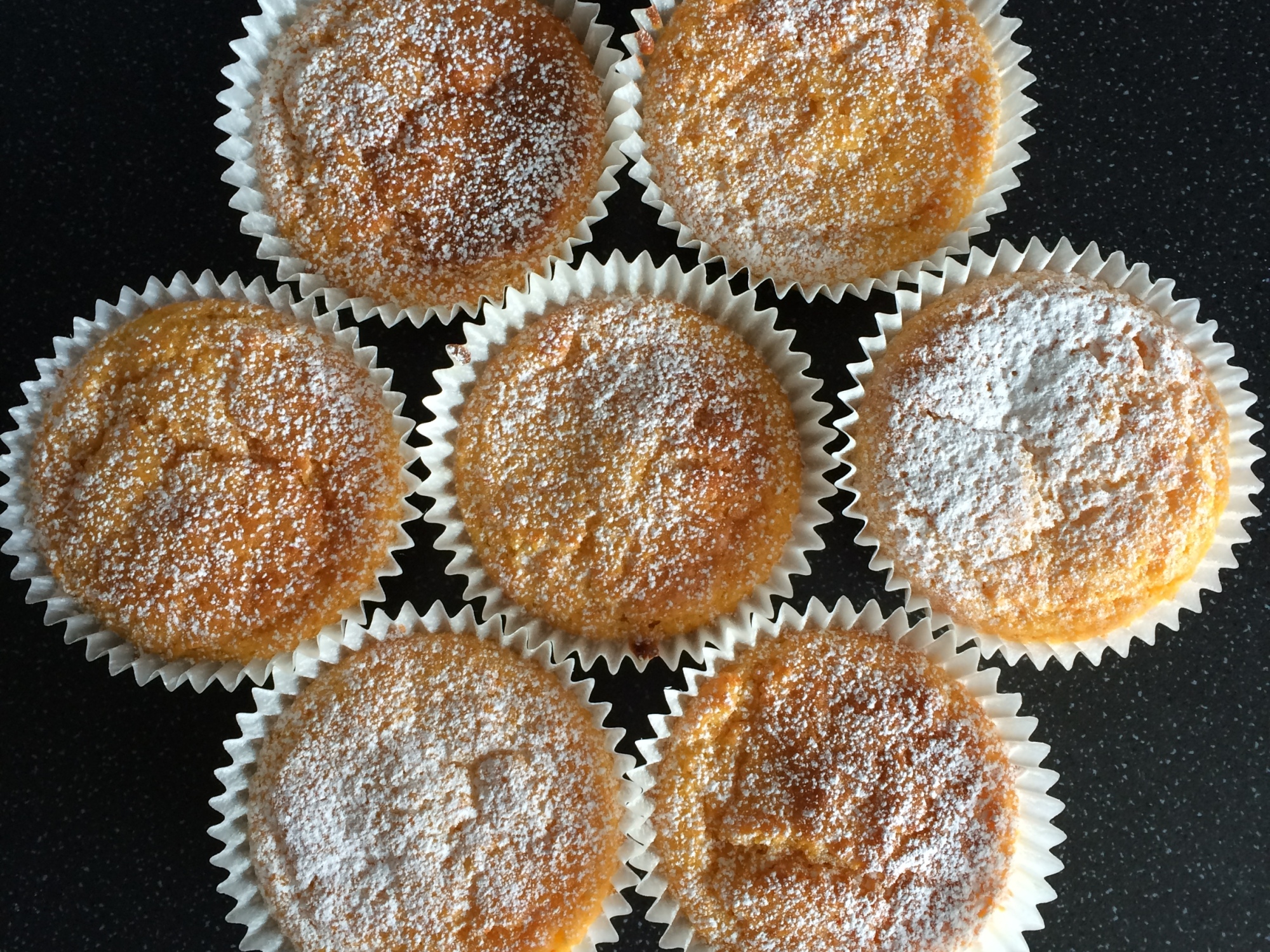 Bake of the week: St Clements muffins
Movie of the week: Carol
Book of the week: Life Moves Pretty Fast: The Lessons We Learned from Eighties Movies (and Why We Don’t Learn Them from Movies Any More) by Hadley Freeman

This week I had a crisis of faith. I have always believed that Mary Berry is the closest thing we have to a god of baking. Her recipes are reliable, her tone informative and accessible without being patronising. I have a couple of her books and they are always my go to guides when it comes to baking something new. This week, however, after faithfully following a recipe from Mary Berry’s Baking Bible (no, that’s really what it’s called), I ended up with something that I can only describe as inedible. Even my in-house taste tester and cake addict declared it “sour” and left it. My faith is shaken. 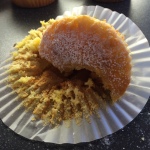 Abandoned Muffin: A study in sadness
by Little D

The cakelets in question were St Clements muffins. Little lemon and orange muffins that promised to be sweet and delicious. They looked easy enough, although I was unsure of the requirement for a “thin-skinned” orange, as I had never found such a thing. An orange is almost always thick-skinned, but I decided to go with it – you have to process the whole orange in a food processor and add it to the mix. The directions seemed a little odd for muffins as there seemed to be a lot of mixing involved, but hey ho, Berry knows best. They smelt lovely and I popped them in the oven. 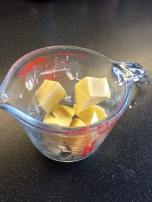 They seemed to take a little while to get springy, but they still looked pretty good when they came out. I cooled them and dusted them. Duly snapped a pic and then went to try one. It was horrible. What had I done wrong? I followed the recipe diligently! Maybe my tastebuds had gone weird while cooking dinner?

I tried another one to check, still horrid. Hmmm. D drifted in prospecting for food as usual and tried one. He declined to finish it. Not just me then. Maybe my instinct about the recipe was correct after all. Maybe the blessed Berry was wrong..? The muffins went in the compost bin and I had a think.

I have remade the muffins in my own image. I have looked upon them and they are good. Even better – they taste good. Not just to to me either, D ate one happily and HO has declared them “fine”, which is high praise indeed. My version can be found here.

I will return to the book and probably soon. But if I think something is wrong I will no longer approach with such blind faith. Even if it is Berry.

I have now discovered the joy that is an Odeon Silver Screening. If you happen to be home regularly during the day then give them a go, they are a great opportunity to watch something you may have meant to go see when it was out, but missed. This week I went with a couple of friends to see Carol. For those who haven’t heard of it, Carol is based on Patricia Highsmith’s novel The Price of Salt (which I haven’t read, though I may now) and follows two women who meet when the younger of the two is working in a department store at Christmas. Carol (Cate Blanchett) is in the toy department looking for a present for her daughter and Therese (Rooney Mara) is working behind the counter. There is an instant attraction and Therese seems fascinated by the enigmatic Carol. Carol’s marriage is falling apart and she is separated from her husband at the beginning of the movie, and as the connection between the two women develops it is clear that the husband is suspicious of Therese and aware of previous relationships that Carol has had with women. Possessive and resentful, he takes their daughter away for Christmas to his mother’s house and although she doesn’t want him to take the girl, Carol sees this as an opportunity and the women go on a road trip together over Christmas and New Year.

This is a beautiful movie. It did remind me very much of Haynes previous film Far From Heaven which also focused on sexual mores and gay experience in the 1950s, with a glacial, seemingly detached woman (Julianne Moore in that instance) at the centre who we gradually come to know and empathise with. Cate Blanchett looks incredible as Carol with hardly a hair out of place almost throughout. Although I enjoyed it thoroughly, I remained curiously detached from this movie. If anything, the movie seems to encourage that feeling of detachment. There are many shots of the leads, particularly Carol, shot through grimey windows and from across streets, as if emphasising their isolation. The only problem with this was that instead of that drawing me in, I was sitting there thinking “oh, that’s interesting how the shot emphasises her isolation”, so I’m not sure it worked particularly well! If anything, it felt too beautiful, and slightly like it was holding you at arms length until it was sure enough of you to let you in. Once things start to unravel for the pair, it does feel more involving and there is enough dramatic tension and chemistry between the two leads to keep you wondering if they will make the brave choices offered to them. All in all, do see this movie, it is lovely to watch and a story that will probably stay with you a while.

Life Moves Pretty Fast was recommended to me by a friend @mrs_msk who knows I love movies and it’s a funny and informative read. If you love 80s movies, but still feel slightly guilty about liking The Breakfast Club, Ghostbusters or When Harry Met Sally… a lot more than Brazil, Scarface or The Color Purple then this would be the perfect book to read. It is not a weighty tome full of critical theory. Freeman has managed to interview many of the people involved in her favourite 80s movies and has obviously done her research when it comes to watching them many many times. Her chatty and funny style lets her effortlessly slip in serious points about the changing Hollywood attitude to women and 80s Hollywood’s discussions of race and class. The interview sections of the book are occasionally almost voyeuristically fascinating and Freemans love for her subject matter is very clear. I have decided that Hadley Freeman is the best friend I haven’t met yet. She loves all the right movies , is the same age as me and is brilliantly funny. I’m just really annoyed that she has beaten me to writing the book I really wish I had written!