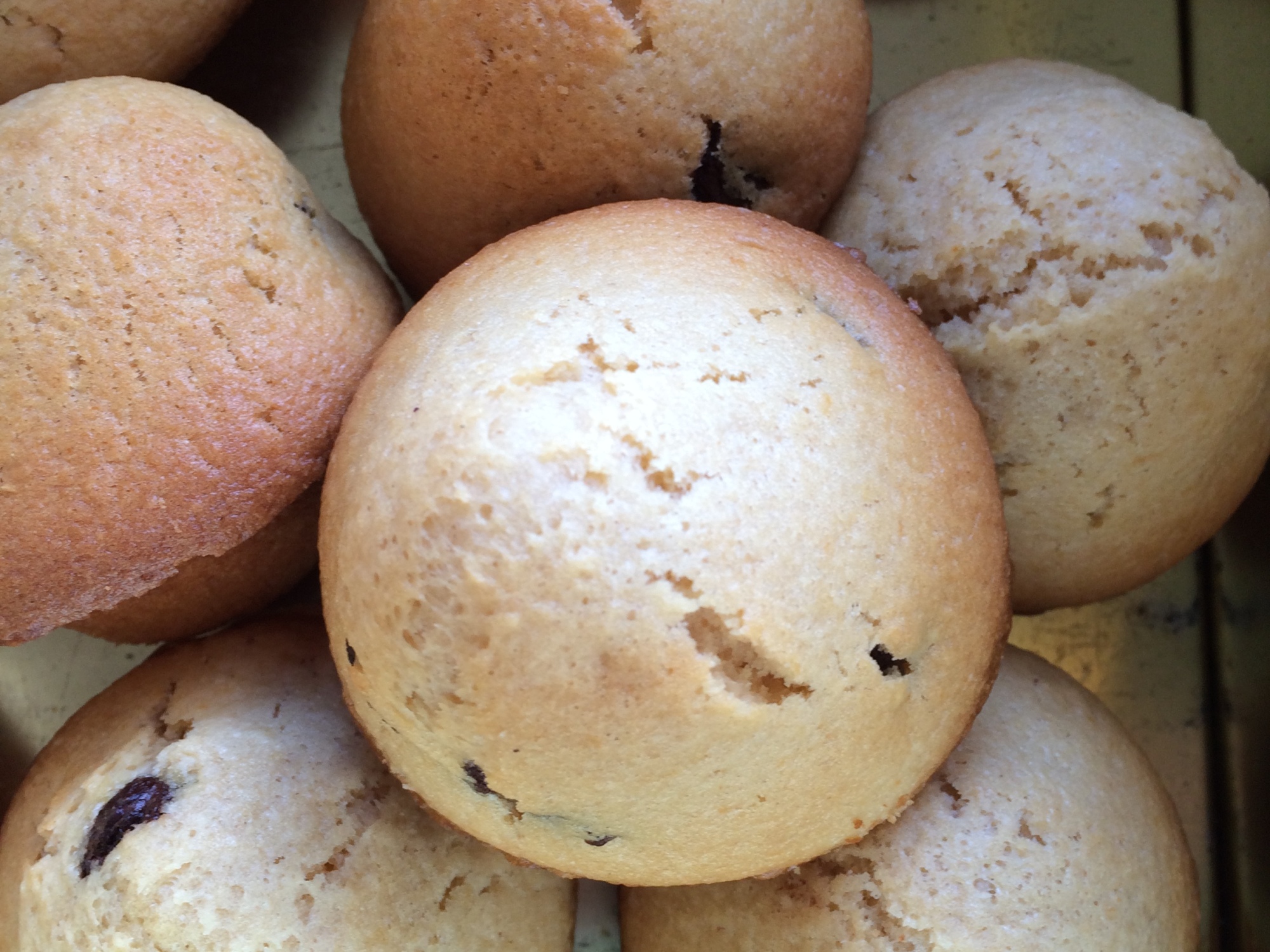 Bit of a weird week this one, and a very busy one. A choir performance rather than rehersal, starting to volunteer in the library at school and a Bank Holiday weekend that involved being out of the house most of the time all conspired to poach my time and keep me from my usual happy baking place. However children still have to be fed, so I have fallen back on an old favourite. I have made these little muffins for years. It is the first recipe I perfected and the first bake I ever fiddled around with to suit myself. They can be made as 12 large muffins or 24 mini-muffins and I used to carrry them to school for pick-up time in  D’s Reception year as he was always “STARVING!!!!!!!” when he came out of the classroom. It was then that he christened them “flying saucers” as they look a little like UFOs, especially if I’ve been a little mean with the amount of mixture I’ve popped in each hole. I’ve written up the recipe here. The original recipe comes from a low fat cookbook, which is why it has no solid fat in it only a little sunflower oil.

It’s very simple and once you’ve got the hang of the consitency of the mixture, it’s fun to experiment with. I’ve tried them with banana (didn’t go very well, I have a recipe for banana ones that I may do one of these weeks), blueberries (excellent, but sort out the smallest ones), raspberries (scrummy!) and strawberries (a bit bland); I’ve also tried flavouring them with stuff I have lying around like caramel flavour coffee syrup, but it hasn’t necessarily worked terribly well!
The method is a standard mix dry ingredients, mix wet ingredients and combine quickly, with the usual warning not to overmix to prevent tough muffins. It uses plain flour and baking powder rather than self-raising and I recently realised that I could weigh these in a sieve sitting on top of a bowl like so:

and save on the washing up. I have no idea how this never occurred to me before! When making the mini-muffins it is very important to grease the pans extremely thoroughly, including the surface, or they will be hard to remove. 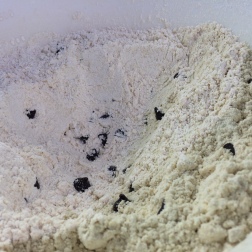 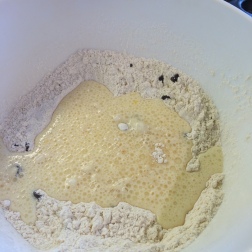 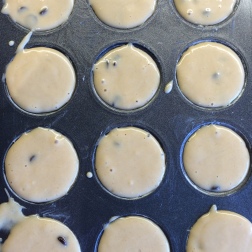 I have tried using silicon mini-muffin trays, but I couldn’t work out how to get the muffins out without destroying them – if anyone knows the secret then please share it with me. Oh, and the ones in the pic are a little too brown, I got distracted and overbaked them!

Sisters came out on DVD/streaming last weekend, and on Sunday night I got around to watching it. I had had my eye on the release date because I had wanted to see it in the cinema but it just didn’t happen. While the last 2 movies I’ve written about have had moments of dark comedy, this is entirely different. It was silly and very funny. 2 sisters who have always been very close despite their differing personalities and approaches to life, come back to their childhood home because their parents are selling it and they have to sort out their rooms. It’s not an original plot, certainly, one sister is proper and sorted, the other a bit of an idiot with a life that’s a mess and a teenage daughter, a pattern was set in their own teenage years. The two then decide to throw one last party in the house, with their usual roles reversed. The two leads however sell it completely, Tina Fey and Amy Poehler are obviously brilliant as always and Maya Rudolph too. Dianne Wiest and James Brolin as the parents who heartlessly sell the family home from underneath them and move into a retirement community provide plenty of giggles, but the main joy of the movie is definitely the relationship between the 2 sisters. The film never pits them against each other as happens in so many movies about women. Despite them falling out during the film and getting annoyed with each other, there is never that “I hate your guts and want to destroy you” that seems to turn up in many of these movies. The sisters obviously care deeply for each other despite each finding the other annoying and although there is some resentment from the more straight-laced of the sisters that she didn’t get to party as much as a teenager, she wasn’t a depressed outsider either and has genuinely fond memories of a time when they were close enough to want to share a room, even though there was no need. I think I’ll probably look for it on DVD in a few months when it’s cheaper as I’ll want to see it again sometime.

To the book. This was very much a case of judging a book by it’s cover. I spotted it on the quick choices stand at the library and the picture grabbed me immediately – it’s a stylised seaside image and the sea is a lovely shade of blue! The byline also interested me  “an elegant Christie-esque romp”.

The closest I’ve come to reading Christie is watching the dramatisation of And Then There Were None at Christmas just gone, but that was a lot of fun, this looked very similar and I was in the mood for something lighthearted. It didn’t disappoint. Amory Ames (yes, it is a silly name) is the neglected wife of jetsetting unreliable charmer Milo. One day, after Milo returns from a jaunt to Monte Carlo, the old flame she dumped to marry the cad turns up and asks her to go with him to a seaside hotel in order to help him persuade his sister not to marry a man who sounds like a clone of Milo. The only problem with the situation being that it may cause a scandal since people would assume that she has left her husband for her old fiancé Gil. Thinking that this would be the perfect way to get revenge for Milo’s presumed philandering, she agrees. Then the first morning after they arrive, one of the guests cannot be found. I rocketed though this novel, it was so much fun. It is set in 1932 and it has a delightfully light touch with the period detail. Some of the description is a little overblown (there is a lot of detailed description of clothing) and there is slightly too much swooney melting into chocolate brown eyes stuff, but all that really does is add to the fun. I didn’t solve the murder, which didn’t surprise me since I’m generally quite crap at that sort of thing, I’m much more likely to call the next thing to happen in a drama, and I do enjoy being surprised. If you spot it’s lovely cover then pick it up, you’ll not regret it.